Ruby-throated Hummingbird by HummersRUs
One of the young Hummingbirds to visit the perch I attached to the deck just outside the kitchen window. This male is approximately a month old, weighs 3 grams, is about as big as your thumb and will soon fly to South America for the winter, somewhere between 1500 and 2000 miles!
Hummingbirds - Ecuador by sahararally
Hummingbird congregation at a nectar feeder filmed during Birdworld Tour's Ecuadorian cloud forest expedition
Slow Motion Hummingbirds 3 by jcmegabyte
A male Anna's Hummingbird puts on a spectacular show in slow motion. The camera setup was placed so that the bird would look in the direction of the sunlight, so that the light angle would cause his irridescent headress to light-up a brilliant red - a difficult angle to get in many cases. Shot with a Canon HF100 using several shutter speeds and framerates for best visualization of the bird's movement and irridescent colors.
Slow Motion Hummingbirds 4 by jcmegabyte
In this installment we see several colorful summer species, including a male Allen's and a male Black-Chinned, showing off his difficult-to-video purple neckband. These birds migrate into the area (Santa Clarita, California) in April/May where they nest and breed over the summer. As temperatures rise, natural nectar sources become mroe scarce and the hummingbird feeders become eagerly sought-after resources.
8-hour HD Timelapse Hummingbirds Visiting Feeder by jcmegabyte
8 -hours-worth of Hummingbird images (shown here in time lapse) captured by the Canon-CHDK motion detection "Robo-Cam" system designed by JCM Digital Imaging
Slow Motion Hummingbirds 6 by jcmegabyte
An interesting collection of hummingbirds just doing their thing around Santa Clarita, California in November/December 2009. The music is "Ortni" from the "Star Spin" EP by Technician.
Slow Motion Hummingbirds 7 by jcmegabyte
Number 7 in the series, this collection of footage was captured entirely with the Casio EX-F1 using unusual camera angles and techniques to show these fascinating little birds in interesting ways.
Slow Motion Hummingbirds 5 by jcmegabyte
A montage of HD and high speed footage showing these fascinating little birds from 1/4 to 1/40 actual (realtime) speed. Cameras placed in a number of different angles give some new perspectives, and a top-down angle shows the bird lapping-up the nectar with what appears to be a forked tongue! Who knew? :-)
Hummingbird Baby Feeding by Eagledoc
Blackchinned baby 2007
San Juan Hummingbirds 07 by Eagledoc
Hummingbirds by Eagledoc
Colorado Hummingbirds broadtail & Rufus
Hummingbirds 2007 Unbelievable! by kansasa1
They land on your fingers, they eat up sugar morning and night, and they even invade my house! They swarm all day long! This video was recorded all in one day.
Hummingbird - First Flight by Pungh0li0
After a couple false starts, the older chick took flight. Even came once to wave at the camera. She's hanging out just out of view of the camera now.
Hummingbird - Defending her nest by Pungh0li0
Hummingbird - Defending her nest from a lizard. March 21, 2008
Feeding hummingbirds by marcieoc
Feeding hummingbirds sugar water in a red lid from a spice jar
2007 Ruby-throated Hummingbird Clips 1 by KarenCalypte
A variety of hummingbird clips featuring Ruby-throated Hummingbirds eating from handheld flowers & feeders, hummingbirds bathing, hummingbird nest with two babies and other hummingbird clips.
Hummingbirds Feeding Frenzy by KarenCalypte
4 feeders with lots of hummingbirds feeding
Lots of Hummers by jimisbell
A video of the hundereds of Hummingbirds that came through our area during September 2006. If you listen closely you can hear a sound that sounds like a Star Wars light saber. That is the sound of one of the birds flying close to the camera.
Hummingbird close encounter by Ferretocious
This little hummer showed up at my feeder this morning. He's a different one than the one I've been seeing - this one's a little male. I stepped outside to get closer to him with the camera and he wasn't scared at all. Even showed me his adorable tongue! We had some more snow here in Bellevue, WA, so I think he was quite happy to find the lukewarm nectar I'd put out for them.
Hummingbird in the Snow by PeterPenguin77
A snowy day reveals a scarlet hummingbird
Humming Bird In November w/ Snow!!!!! by Badgramer
A Humming Bird is at a feeder in Pennsylvania in November while snowing.
Hummingbird by Hawkface69
This is the humming bird that likes my front yard.
Humming bird by notlob07
Humming Bird Fight by wemerson2
Two hummingbirds fight for a nectar feeder.
Burping Hummingbird by wemerson2
Humming bird catches small insects with its tongue and then burps. Okay. Okay. I admit it. I added the burps. But you gotta do something to get people interested in hummingbirds.
Humming Bird Facts by wemerson2
Male hummingbird drinking from a feeder.
Rufous Hummingbird by psychoticnrg
A rufous hummingbird at a feeder on my back porch
Hummingbird Preening by oskay
Read more: http://www.evilmadscientist...
Hummingbird Nest Documentary - High Quality by netplaceus
Hummingbird babies growing up in the nest, from "Eggs" to the actual moment they leave the nest!
Hummingbirds at the Alamo by lisajparker
We were surprised to see hummingbirds flitting about the courtyard at the Alamo in San Antonio, Texas. My husband later identified them as the "magnificent hummingbird" variety. 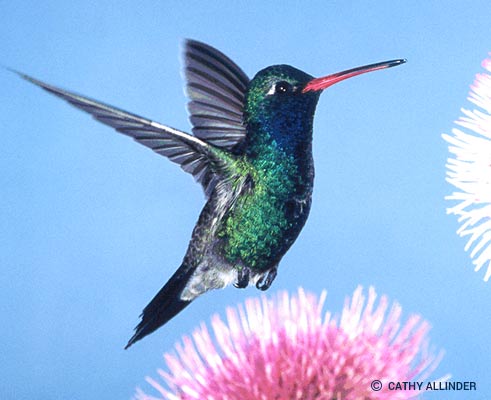