In the fall, most species of hummingbird migrate from Canada and the United States to winter in Mexico, Central America, or the Caribbean. Some species in the South American south migrate north to the tropics during the Southern hemisphere's winter. Some species stay year-round in California or some U.S. desert regions.

Ruby-throated hummingbirds can migrate as far north as Ontario, and as far south as Mexico, South America, Texas, and Florida.

The rufous hummingbird makes the longest journey - 3,900 miles from Alaska to Mexico. The northward migration occurs along the Pacific Flyway, coordinated with the emergence of leaves and flowers in the Spring.

It is generally thought that hummingbird migration is triggered by changes in the duration of daylight and the abundance of flowers and insects. However, this is not definitively known.

During migration, a hummingbird's heart rate and wing-flapping rates increase. Typically they will increase their body weight by 25% to 40% before the start of their journey. 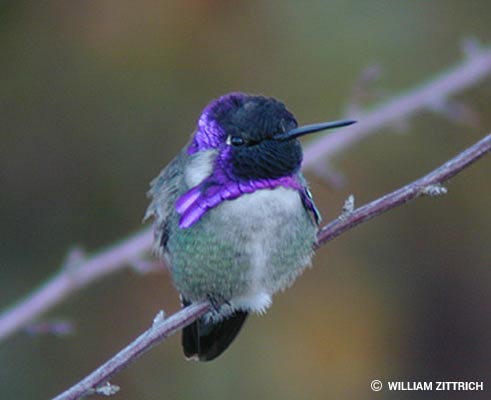